Postoperative atrial fibrillation (poAF) is one of the most common complications after cardiac surgery and a major risk factor that can result in mortality of the patients. It complicates about one third of cardiac surgery cases and is associated with major adverse events, prolonged hospitalization, increased healthcare costs, and increased re-hospitalization rates[1-7]. The first two weeks after surgery are the most critical, with patients at high risk for poAF[8].

Although there have been some changes in medical treatment and surgery over time, the overall incidence of poAF has not changed significantly[11]. The incidence of poAF remains high, ranging between 15-40%[12-14]. The underlying pathophysiology of poAF is still unclear; however, numerous risk factors predisposing to its development have been identified, including advanced age, structural damage to the heart, left ventricular dysfunction, hypertension, and valve surgery[15]. Preventive strategies have been partially effective in reducing the overall incidence of AF in the past two decades[16]. If the underlying mechanisms can be identified, high-risk patients can be identified, and individual preventive strategies and treatments can be developed[12]. Several studies have investigated predictors of poAF[17,18]. In a recent meta-analysis including a total of 11 studies and 40,112 patients who underwent CABG, the predictors of poAF were found as older age, low ejection fraction, a history of cardiac failure or hypertension, prior peripheral arterial disease, and stroke[19].

The QT interval is obtained from a standard 12-lead electrocardiogram (ECG) and is a ready, cheap, and fast measure of ventricular repolarization. Several studies have shown that prolonged QT interval is independently correlated with an increased risk of AF and stroke[20-22]. In a recent systematic review and meta-analysis, prolonged QT interval was also associated with an increased risk of AF[19]. The association between prolongation of QT and AF has been explained by abnormalities in myocardial repolarization[23]. However, it is not known whether there is a clinically significant relationship between ventricular repolarization and atrial electrophysiology. Ventricular and atrial refractoriness is determined by many of the same potassium and sodium channels, and there is possibly a correlation between the two[20].

In this study, we aimed to investigate whether a longer QT interval might be an important predictor of poAF in off-pump CABG (OPCAB) patients.

A total of 167 consecutive patients between 18-80 years of age who had no history of AF and underwent elective OPCAB surgery between January 2013 and December 2014 were included in this study. Patients were divided into two groups as poAF (+) and poAF (-), according to the development of poAF, and the results of the measurements were compared between the groups. Demographic data of the patients (age, gender); body mass index (BMI); history of hypertension, chronic kidney failure, diabetes, heart failure, chronic obstructive pulmonary disease (COPD), and stroke; preoperative drug use (angiotensin-converting enzyme inhibitors [ACE-I], angiotensin receptor blockers [ARB], beta blockers, and statins); and echocardiographic findings (ejection fraction, left atrial diameter, and valve disease) were obtained from the hospital records and retrospectively analyzed. All patients were operated by the same surgical team and Octopus IV (Medtronic, Minneapolis) was used as a stabilizer in all operations. Patients who needed preoperative inotropic support, those who underwent on-pump CABG, additional surgical procedures (valves, vascular, etc.), or emergency surgeries were excluded.

In each patient, a 12-lead ECG was obtained before the surgery and immediately after extubation, in the postoperative period. QT interval and heart rate were detected on these ECGs and recorded. QTc was measured according to the Bazett formula.

Patient data were retrospectively analysed for the development of new-onset AF in the postoperative period up to discharge. All patients were monitored continuously using five-lead telemetry in the intensive care unit (ICU) postoperatively. Daily routine ECGs were obtained until discharge from the hospital. In addition, when the patients complained of palpitation, dyspnea, and angina, an additional 12-lead ECG was obtained. The new-onset poAF was defined as the new AF requiring treatment during hospitalization after isolated CABG, as defined by the Society of Thoracic Surgeons Adult Cardiac Surgery Database[11].

The study protocol was approved by the local ethics committee (decision nº: 2020/177, date: 21.07.2020). The study was conducted in accordance with the ethical principles of the Declaration of Helsinki. All patients included in the study were informed and their written consents were taken before the operation.

In order to determine predictive values of measurements according to AF groups, the area under the curve (AUC), sensitivity-specificity values, and cutoff values were determined by receiver operating characteristic (ROC) analysis. Chi-square test was used to determine the relationship between categorical variables. P<0.05 values were considered statistically significant.

# Significance levels according to the Chi-square test results. 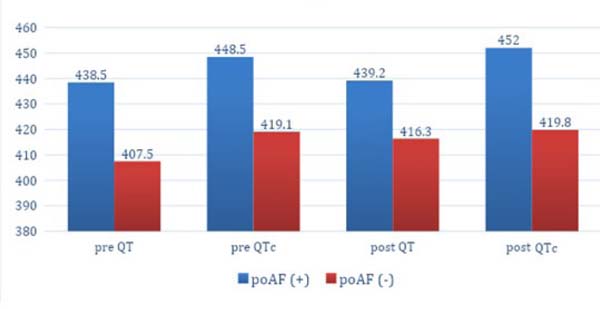 Table 2 - Laboratory and other parameters of the groups.

When operative and postoperative characteristics of CABG operations were evaluated, no statistically significant difference was found between poAF (+) and poAF (-) groups in terms of heart rate, forced expiratory volume in the first second/forced vital capacity, bypassed vessels, transfusion (unit), length of stay in ICU (hours), hospital stay (days), extubation time (hours), postoperative lactate, the need for transfusion, the presence of intra-aortic balloon pump, the need for inotropic support, neurologic deficit, and mortality (for all P>0.05). On the other hand, the amount of total drainage was statistically significantly higher in the poAF (+) group than in the poAF (-) group (P=0.034) (Table 3).

Table 3 - Operative and postoperative data of the groups.

# Significance levels according to the Chi-square test results.

Table 3 - Operative and postoperative data of the groups. 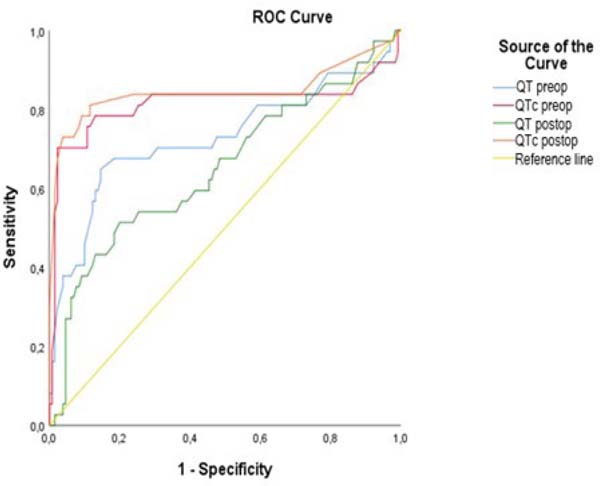 No statistically significant difference was found between poAF (+) and poAF (-) groups in terms of comorbidities (diabetes mellitus, hypertension, hyperlipidemia, COPD, myocardial infarction, and smoking status) in the present study. Conversely, there are studies in the literature that have reported several comorbidities as risk factors for poAF including a history of prior AF, hypertension, congestive heart failure, COPD, chronic lung disease, and chronic kidney disease[17,29]. However, many of these studies are retrospectively designed and have a relatively short follow-up. Findings of the studies regarding other possible preoperative risk factors are inconsistent[30-32]. Therefore, we still do not have an accurate understanding about the association between comorbidities and poAF. For example, unlike the other studies, Akintoye et al.[33] found that the frequency of hypertension and prior history of AF were significantly higher in poAF (-) patients.

The prolonged QT interval, previously thought to be associated only with ventricular arrhythmias, has been associated with an increased risk of AF incidence[20]. In a study conducted to determine the characteristics of cardiac autonomic modulation and repolarization, preoperative QT and QTc intervals were found to be longer in the group that developed poAF[36].

Nielsen et al.[21] investigated the development of AF in subjects who were followed for an average of 5.7 years in a study in the general population. Compared to the reference group (40th to < 60th percentile, 411 to 419 ms), in the 99th percentile and over (≥ 464 ms) and 1st percentile and below (≤ 372 ms) groups, there was a statistically significant increased risk of AF in QTcFram (QTc calculated using the Framingham formula) intervals. When lone AF subgroup analysis was performed, it was revealed that the relationship between the QTc interval and the lone AF result was at least stronger for the QTc intervals in the upper range compared to AF.

Patel et al.[37] compared the QT interval components (QRS duration and JT interval) with the incidence of AF. In the study in which 4,181 participants were analyzed, it was found that the JT interval is a more important marker of AF risk in the QT interval among other personal delays[38]. In another study with 14,625 participants, 1,505 (10.3%) developed AF in mean 17.6 years of follow-up. When the ECG parameters of patients who developed AF were examined, QT-interval components involved

Retrospective study design and lack of follow-up after discharge are important limitations of the study. In addition, patients who developed short-term AF attacks may not be detected because there was no continuous ECG monitoring. Since it is performed without excluding some risk factors for the development of AF, we cannot clearly express the relationship between the QT interval and poAF. Further studies are needed to support our findings.

In this study, a strong relationship was detected between QT interval prolongation and poAF. Qt interval measurement is a simple and cost-free process. It is clear that there is a need for a prospective, randomized studies, with and larger number of patients to prove the relationship between the QT interval and its components and poAF. If this relationship can be detected, more effective preventive and therapeutic strategies can be developed as patients at risk for the development of poAF can be identified in advance.

27. Lotfi A, Wartak S, Sethi P, Garb J, Giugliano GR. Postoperative atrial fibrillation is not associated with an increase risk of stroke or the type and number of grafts: a single-center retrospective analysis. Clin Cardiol. 2011;34(12):787-90.

GK = Substantial contributions to the conception or design of the work; or the acquisition, analysis, or interpretation of data for the work; agreement to be accountable for all aspects of the work in ensuring that questions related to the accuracy or integrity of any part of the work are appropriately investigated and resolved; final approval of the version to be published

ERU = Drafting the work or revising it critically for important intellectual content; final approval of the version to be published